Volubilis was the first thing on the “Must See” list for Morocco. The city is the best-preserved archaeological site in Morocco and was declared a Unesco World Heritage site in 1997. I visited it shortly after I moved to Fes and it was the first real trip I joined. It was a one hour and 20 minutes journey on the highway. The ancient city is situated close to Moulay Idriss, a town in northern Morocco. We arrived there in the afternoon but it was still pretty hot. The entrance fee was 20 dirhams which means around 2 euros so very cheap. 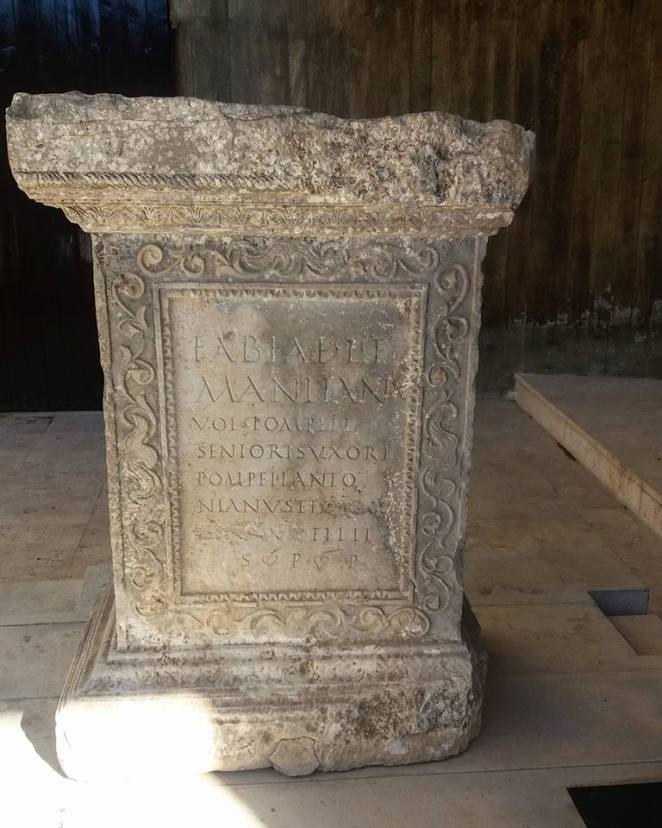 The first thing we visited was the museum. Before entering it there is a small Lapidarium which is a place where stone monuments such as columns, cornices,  stone epigraphs and tombstones are exhibited. Inside the museum there were some maps to make you understand how the territory occupied by romans looked like. Also there you can see pottery, statuettes, iron fragments, coins and mosaics found during the excavations. 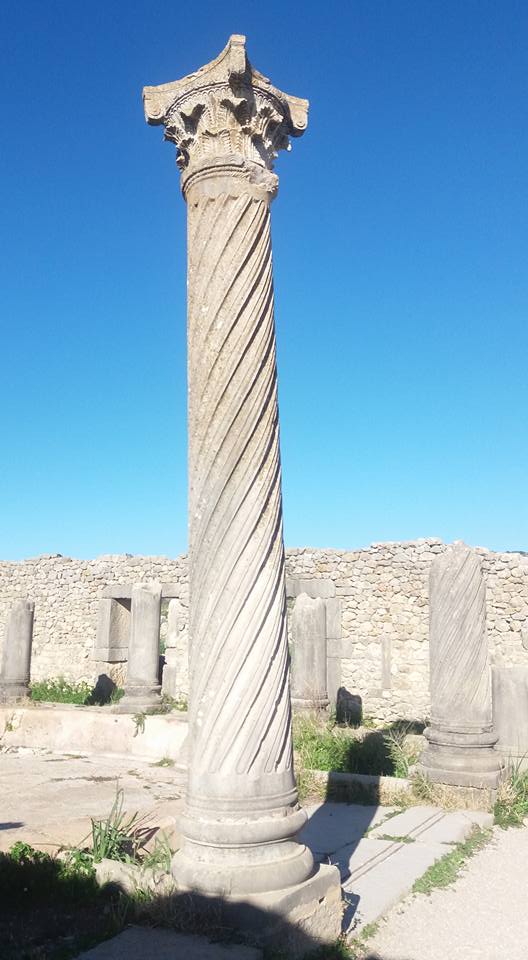 After that we started to visit the site. Volubilis is undoubtedly the most majestic Roman ruin in Morocco, but before the romans installed their camp in first century AD, when Emperor Claudius officially annexed North African Mauritania, a settlement of Carthaginian traders had been there for almost three hundred years. We spent around 1 hour and an half wandering around the ruins and I can confirm that the most amazing features are the city’s many beautiful mosaics preserved in situ.

How to get to Volubilis from Fes: If you are not going by car you can go by bus to Meknes and from there to take other bus or Grand Taxi to Volubilis. It souldn’t cost more than 15 euros.

Moroccans are very friendly and hospitable and you will meet a lot of nice people who will make your journey easier and memorable, but here are some things I learnt after a month spent in Fès.

As I said, moroccan people are friendly and some of them very curious. You will stand out amongst the locals so a lot of eyes will focus on you and a lot of people will want to start a conversation with you. Some of them will be harmless, they just want to know where are you from and what is your country like but other can end up as marriage proposals in which case you must laugh it off.

2. Stay away from false guides

First of all because they are illegal. Second of all they will act like they are your bestfriends and they want nothing in return for their favour but remember that a false guide is someone who gives travellers a tour of the city, in exchange for something: whether it is direct payment or spending money on leather bags, argan oil, etc. In 90% of the cases or even more there is the expectation of a purchase being made. Some of these guides may say they don’t want anything and then in the end they will ask you for money. If you refuse to pay them they can get verbally aggressive.

These are the most common cabs in the city. Some of them have free counters which means that the driver will turn it on in the moment you start the ride and it increases by 0,3 dirhams. Other taxis have fixed routes which means there is an exact price you have to pay for getting from point A in point B. There are honest drivers too, but a lot of them will try to deceive you so the best way of avoid being over charged is to ask how much you will have to pay to get to your destination before entering the car.

The common languages are Darija which is moroccan arabic and French. There is a small number of people who are able to talk in english so before coming to visit the region you should learn some basic phrases either in french, either in arabic.

5. Don’t wander in Medina during night

An evening walk in Medina could seem an excelent idea especially when the temperatures during day are very high. Enjoy the walk but try to remember your way back because after the shops will be closed you won’t be able to remember the way and you can consider yourself officially lost.

Amsterdam was never on my bucketlist but I am glad I visited it. Even though I think spring would have been a better moment to visit the city, doing it in january was pretty good too.

I spent eight days there which for me was a little too long but I don’t regret it. First thing I observed when I arrived there was how relaxed people seem,  how friendly were they when I asked for directions and that almost everyone speaks english fluently.

The city is calm even though there are a lot of turists and the traffic isn’t chaotic. I was surprised by how many bikes I saw even though I knew the dutch people love to ride them. I rented a bike for a few hours and, except the fact that my hands were freezing because I didn’t have gloves, it was perfect: it is very safe to ride bicycle through the city and it is a great way to explore the neighbourhoods if you are new there. As for public transport you can choose between bus, tram, metro and train. I never used the metro and my favorite was the train because it is the fastest but mostly I used the bus. You can buy transportation cards from GVB company which allow you to travel by bus, tram or metro: for four days you have to pay 21,50 € and you can travel as much as you want.

There are two weeks since I arrived to Morocco and I am still learning to adapt. Fes is my new home and it is considered to be the cultural capital of the country.

When I arrived here I expected to find a city that looks like the Medina that you can find photos of on the internet. I was a little bit disappointed to see that is not like that, that there are two different parts, Medina quarter and the New City which is nothing like the old one. Even though the city didn’t meet my expectations in the beginning, now I find myself falling in love with Fes everyday. It is an amazing combination between wild and peaceful, conservatory and relaxed, old and new. You can always find new places to explore so it is impossible to get bored but more about that soon. 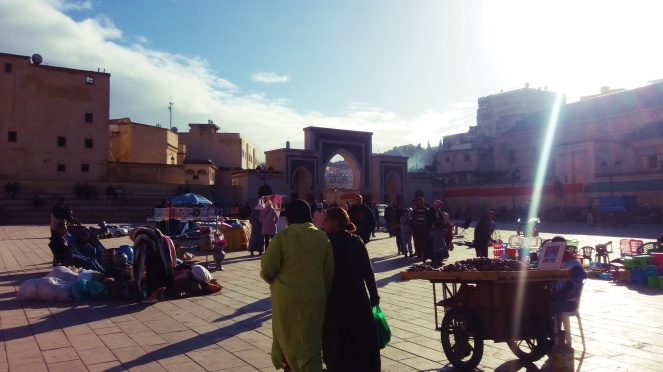 Once you arrive one of the first things you will notice is the kindness of the local people. They have the best intentions and they will always try to help you. One thing you should avoid are the so called “illegal guides” whom you can find especially in Medina and who will ask you for money after they help you find the place you were looking for. As a tourist your safety is almost guaranteed here in Fes since tourism is an important income source for the city. Sometimes I feel like the authorities value the tourists more than the fassi people thing which I think it is not really ok: for example it happened that I was walking on the street with moroccan friends and a policeman stopped them and started to ask them several questions just to see if we were friends or if they were bothering me or wanted money from me. 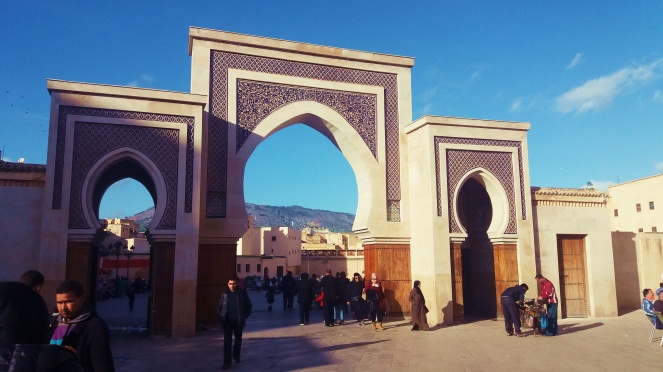 Everyday I am learning new things about this amazing city and about moroccan and arabic culture so, as I said, I am falling in love with Fes more and more day by day. 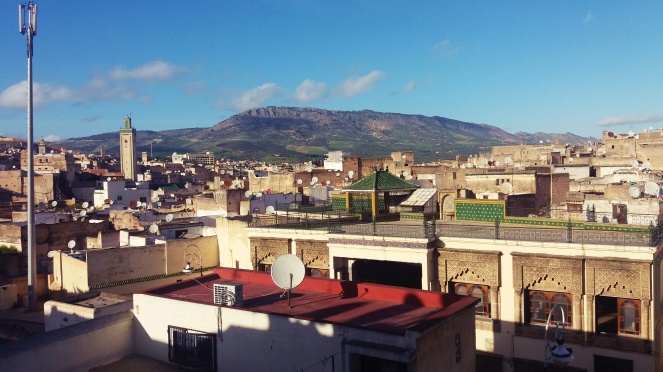 Since I spent two months in Bulgaria I decided to take the best out of it. I was involved in a project so I only had the weekends free and one free week at the end of the project. As you can guess, I decided to explore the country as much as possible.

Of all the cities that I visited Plovdiv was my favorite. It is a city where you can go to spend a weekend with your family or you can go to have fun, it depends what are you looking for. Into it’s modern and people-friendly layout it has artfully incorporated its archaeological sites. The city is a beautiful mix of medieval/ Renaissance period buildings and modern ones. There are many remains preserved from antiquity such as the archaeological complex Eirene, the ancient Plovdiv Roman theatre, Roman odeon, Roman aqueduct, Roman Stadium and others. Of course, my favourite parts were the Old City and the pedestrian zone.

Not to forget, Plovdiv has evidence of habitation since the 6th millennium BC and it is considered to be one of the oldest cities in the world. The old name of the city was Philippopolis and it has 7 hills like Rome but, unfortunately, one of them was leveled during the communist regime. In 2014, Plovdiv was selected as the Bulgarian host of the European Capital of Culture 2019.

Things to see (my favourite ones): 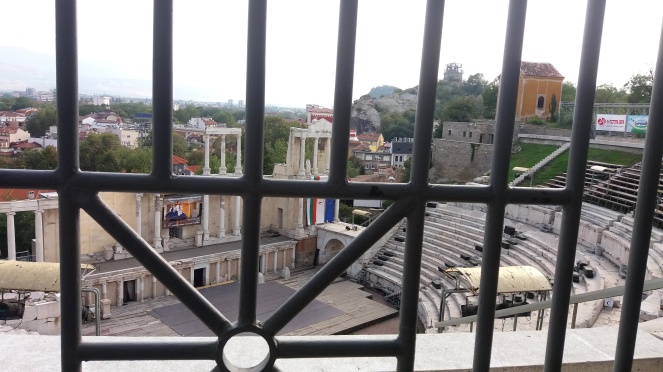 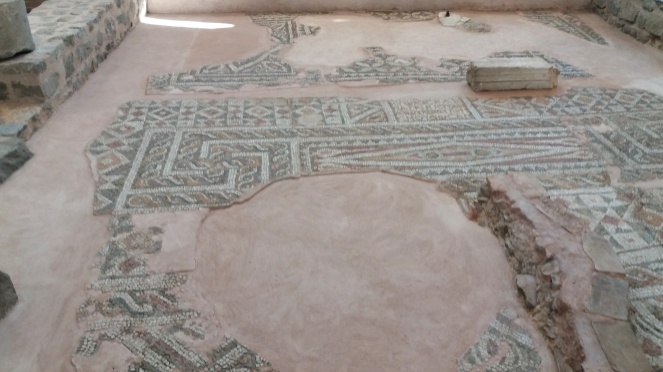 3. Pedestrian zone – you can find cafés and restaurants 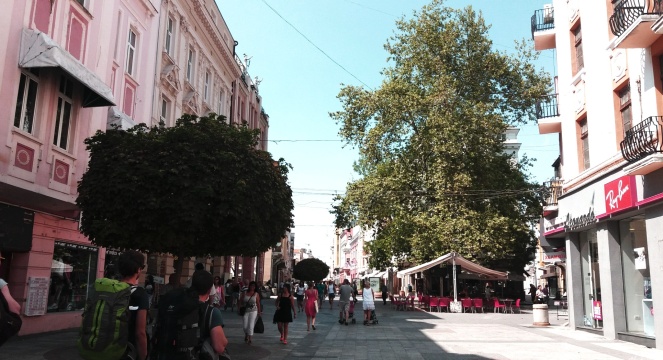 4. You should explore other parts of the city too, especially green areas (mini forests) and parks which are really beautiful 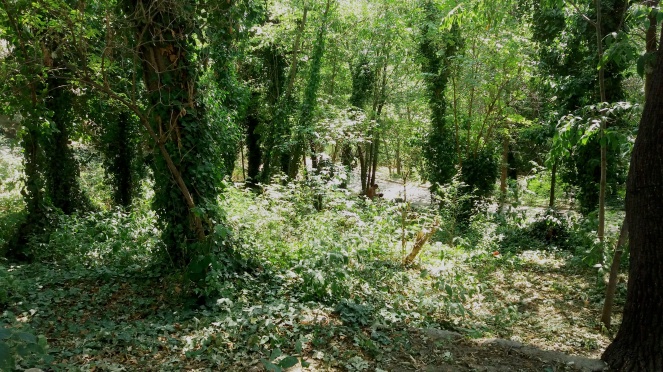 I always loved diversity and the feeling you get when you arrive to a new place. I wanted to travel and I can say with joy and contentment that now I am able to do this more often than before.

I have always associated travelling with the concept of stairs: the higher you climb, no matter how tired you are, you still want to take an extra step to see more; I would call it an infinite stairway. The beauty of going through this way is that the more places I see, the more I want to see and each time I remember how we are small and how even though sometimes we tend to consider ourselves as the center of the universe, we are only another part of what surrounds us, of what we call life.

I chose to travel at a time when I could find no place, nor the motivation to continue on the path that I took. I discovered a new passion and also a way to prove myself that daily efforts will be rewarded.