Since I am in love with history and archaeology is what I am doing on a daily basis, the fact that I felt in love with Ephesus doesn’t come as a surprise. It lays on the Aegean Coast of Turkey, near the popular coastal resort of Kusadasi. Ephesus is to Turkey what the Colosseum is to Rome and the pyramids are to Egypt.

The first thing I visited when I arrived there was the church of Mary. It is located in the south stoa of the Olympieion next to the harbor of Ephesus (close to the car parking lot). The church is dated to the early 5th century and some archaeological evidence suggest that the church was built on the ruins of an earlier Roman basilica-like building abandoned around the 3rd century. Mother Mary’s House is said to be the last house where the Virgin Mother lived before Her Assumption. 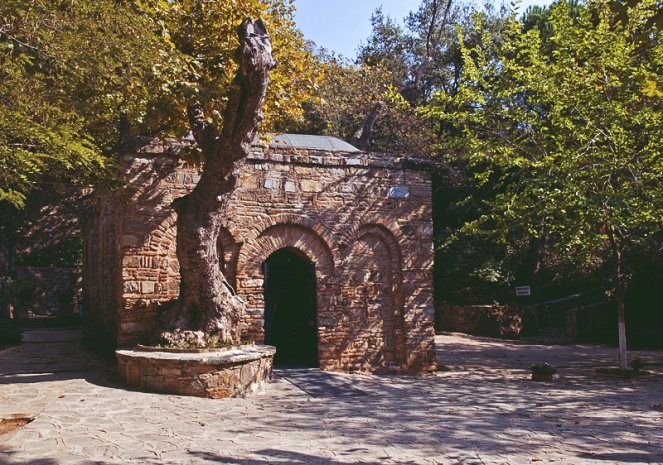 The next stop was The Magnesian Gate also referred to as the south gate. There are people who say it’s the best to start here and make your way down to the north gate, a thing with which I tend to agree. 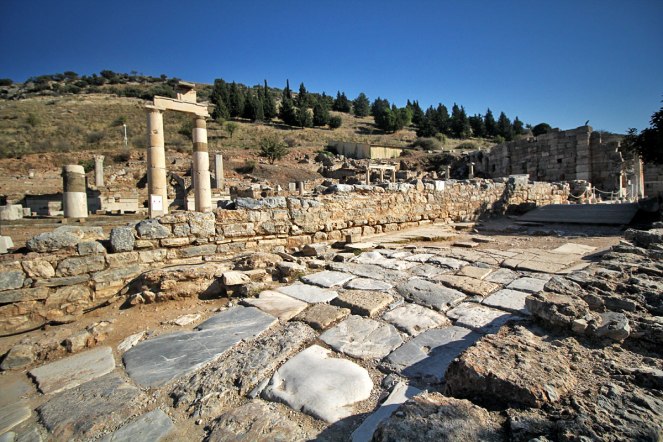 Everything you will see around you is impressive and one of the most beautiful things are the massive columns. Some of them are broken, some were well restored, but nonetheless, they are beautiful. There are columns elevated on pedestals, ones that are 13 m high, columns with capitals that are works of art. 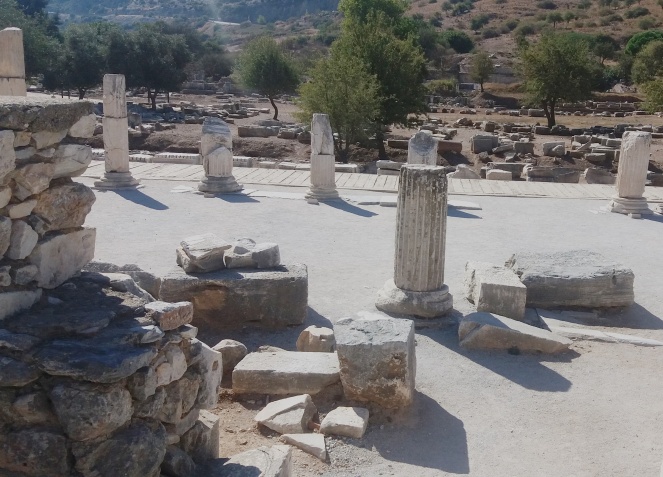 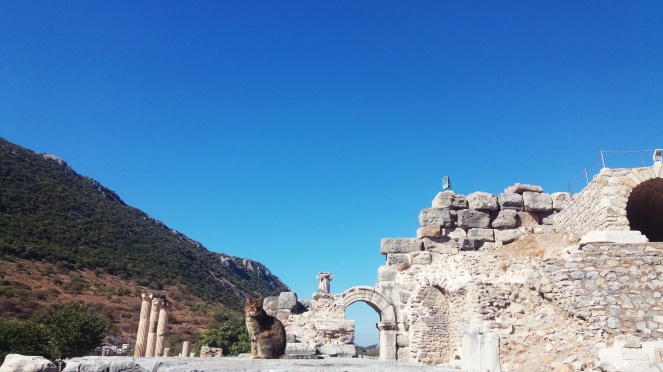 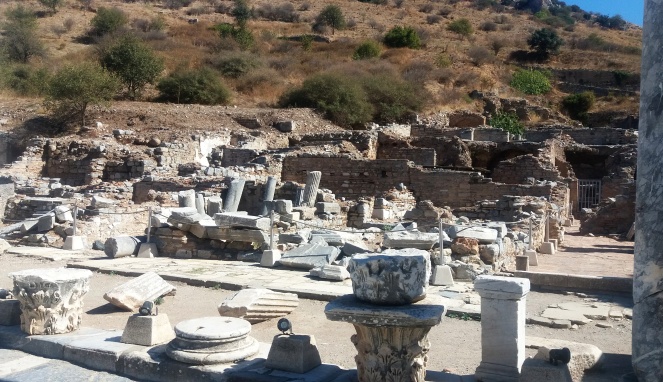 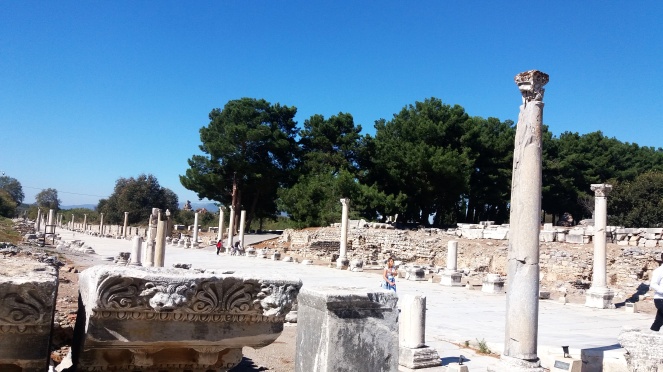 The city has a very diverse timeline but historians have dated the first signs of habitation back to the 10th century BC. It flourished after it came under the control of the Romans in the second century BC. Also, Ephesus is mentioned in the Bible and it is known as being one of the seven churches of Revelation which were seven major churches of Early Christianity. You don’t have to associate the modern concept of a church to these ones but to see them as local congregations of Christians living in each city, and not merely as the buildings in which they gathered for worship.

Walking around the site you will be able to see places such as the Library of Celsus, The Temple of Artemis known as being one of the Seven Wonders of the Ancient World, the  Temple of Hadrian, the public latrines or the brothel. Aamazing architecture will surround you all over the place and last but not least, you will meet the citizens of Ephesus – the cats. 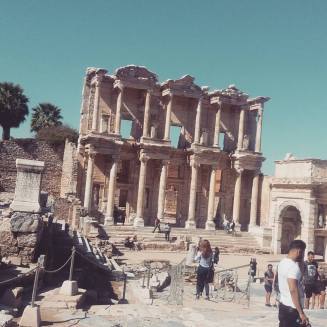 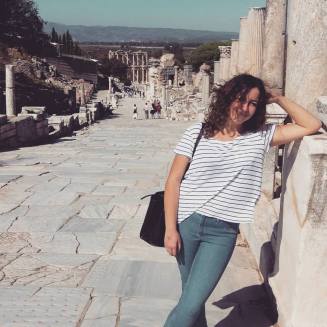 These are the approximate prices but as far as I know, you can pay only in Turkish lira.

Note: If you are going during summer make sure you don’t forget to bring a bottle of water since you will have to walk around for a couple of hours.